A history of the organization and facility management.

The organization that is now the SDCC began when the RHIC Computing Facility (RCF) was established at Brookhaven National Laboratory in 1997 to support the computing needs of the experiments (BRAHMS, PHENIX, PHOBOS, and STAR) at the Relativistic Heavy Ion Collider (RHIC). The RCF was a full-service scientific computing facility, which provided the bulk of dedicated computer processing, storage, and analysis resources for the RHIC experiments, along with general computing services for RHIC users, such as electronic mail, web services, file backup services, and document processing.

In the late 1990s, Brookhaven was selected to serve as the U.S. Tier 1 computing facility for the ATLAS experiment at the LHC (Large Hadron Collider) at CERN. The ATLAS Computing Facility (ACF) was established in 2000 to support the computing needs of U.S. collaborators in the ATLAS experiment, leveraging the established infrastructure and capabilities of the RCF, and resulting in the formation of the SDCC. In addition to utilizing the existing resources at the RCF, the ACF added support for newer computing services required to support the compute model planned by the ATLAS experiment. These new services were built upon the ideas of a global computing grid that grew out of the academic research in grid computing. 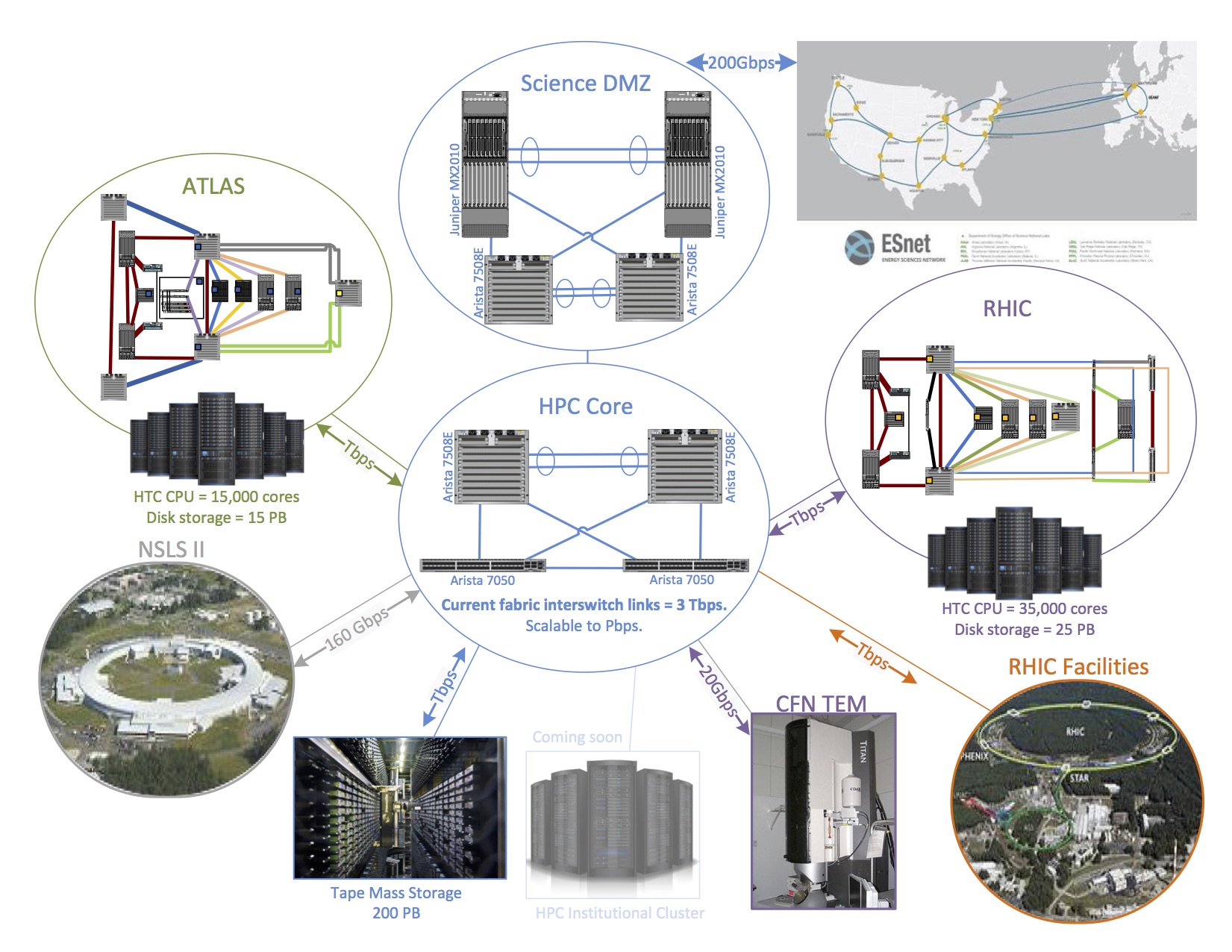